Paper or plastic? This GHS alum has all the sacks! 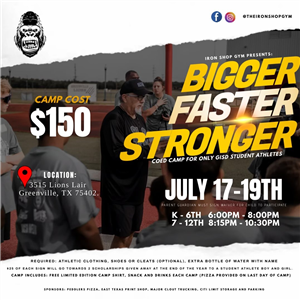 2014 Greenville High School grad John Franklin-Myers is making a name for himself on the D-line for the New York Jets.

In his past five games, he's racked up four sacks. Perhaps his most famous sack was in the 2019 Super Bowl, when he sacked then-Patriots QB Tom Brady. Since then, both players have changed teams: Brady is a Buccaneer, and John (a.k.a. JFM) is a Jet, and neither of them has lost the hunger to win.

"That was my first Super Bowl -- and, hopefully, I go to a bunch more," he said in an interview with ESPN. "I just plan on making a lot more plays, plays that mean more than that one does."

On and off the field, John is known for his grit. After spending years in foster care in the Los Angeles area, John moved to Greenville, where he was raised by his maternal grandfather, Billy Ray Myers, whose name he adopted. John credits his years in Greenville for giving him stability, and he will always have a special place in his heart for GHS Athletic Director and Head Football Coach Darren Duke, who was his defensive coordinator during his years as a Lion.

"I’ve got some love for Coach Duke. He’s one of the best coaches I’ve had," John said. "He showed me everything and helped me make my way to college (at Stephen F. Austin State University,). Coach Duke taught me how to work hard and he took care of me outside of football – he and some of the other coaches really helped take care of me as a person."

The feeling is mutual.

"I'm so proud of John. His is a great story of perseverance," Duke said. "If you follow his career, this is what working hard looks like. He played hard for Greenville High School, and even though we weren't winning, he always showed up, played his hardest and did his best. And he did the same thing at Stephen F. Austin University and now, he does the same thing for the Jets. He's in the NFL because of his work ethic and his character, in addition to his athletic ability."

"I am very proud of how John has handled himself, his outlook on life and how he is such a strong family man. He has a few causes that he supports and is involved with, as well as his youth football camp that he puts on here in Greenville," Jarvis said. "That speaks highly of John's character. It is great to see a young man grow from a seventh-grader at Greenville Middle School to a successful man on and off of the playing field. He is representing Greenville very well."

"He was the biggest fifth-grader I had ever seen," Gish said. "John was a polite student and cared about his grades. I am so proud to see him now and how he has matured into a fine man that is able to live his dream. He is truly a role model, and Greenville should be proud."

Tune in at noon Sunday to see if the series of sacks continues when the Jets play the Titans. Also, mark your calendar for Jan. 2, 2022, when we all hope John sacks Tom Brady again as the Jets face off with the Buccaneers.

From NewYorkJets.com: John Franklin-Myers Loves His Role as Starter/Contributor on Jets D-Line